The Biorow newsletter by Dr. Valery Kleshnev shares great insights derived from scientific research of Rowing. In the November 2012 edition  Dr. Kleshnev presents an analysis of the typical patterns of boat acceleration in rowing.

What I find particularly interesting is his comparison of olympic and national level crews. Using data that I have recorded with the Rowing in Motion Apps I can confirm his findings. I had the chance to measure one crew in particular (olympic gold medalists 2012) that managed to achieve a significant “first peak” after the catch as well as avoiding the “drive hump” by maintaining boat acceleration above 2.0m/s² at this point. There is reason to believe that the structure of the “first peak” and “drive hump” is what sets apart the top crews. 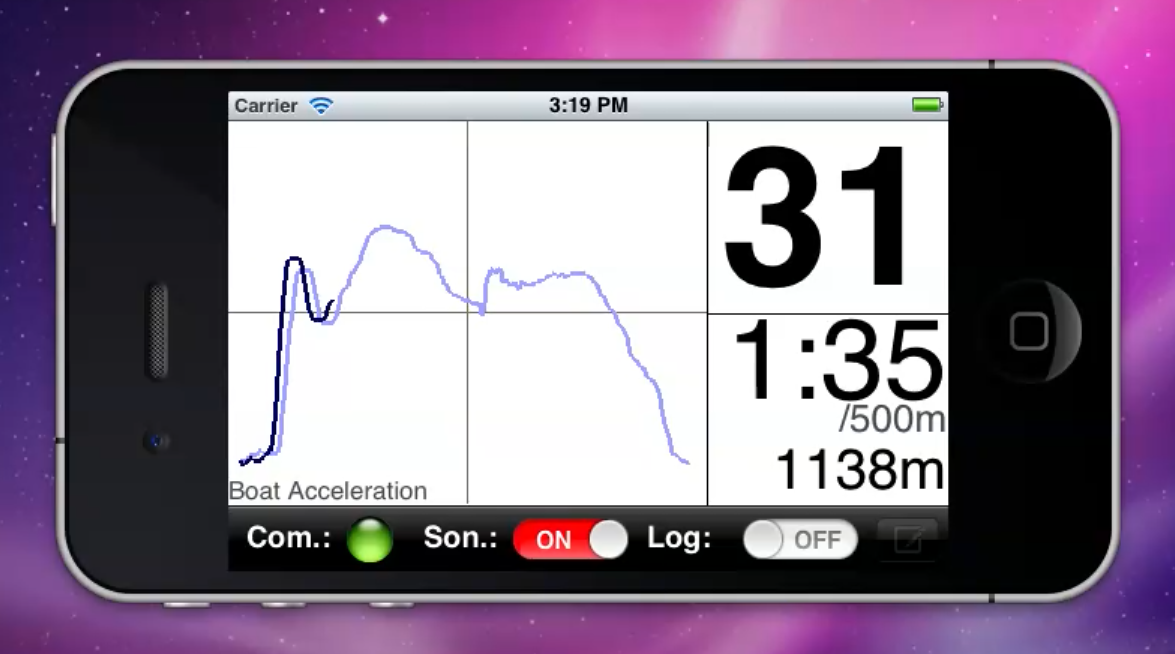 In the screenshot above, the drive hump can be seen clearly after the initial acceleration after the catch. In certain cases, the drive hump may show negative acceleration which is a clear sign that something is very wrong with this crews motion sequence. Dr. Kleshnev also points out a few common errors made by athletes that explain the hump in the drive phase:

One example where you can see the drive hump very clearly is in the following logfile replay of a SM2-B on a 6000m race. Make sure to put on your headphones to hear the sonification of this strokes boat acceleration as it is a great example how sonification allows an athlete to recept the boats movement.

Using sonification feedback in their daily training provided by the Boat App, this crew managed to eleminate their negative drive hump and drastically improved their rowing stroke. They finally qualified for the german U23 Worldchampionship team 2012 and rowed in the SMB4+.

Have a similar success story using the Rowing in Motion Apps? Let me know in the comments.